A soft spot for Leopard!

I've had a soft spot for leopard print ever since I was a teenager.

Ok I don't want to wear it head to toe but I'm thrilled to see that it re-appears almost every Fall in some guise or other and it never fails to raise a smile!  It's become such an accepted neutral that you can find accessories to perk up your wardrobe collection whatever your color palette.

Even though I've got a soft spot for leopard I've always been instinctively fussy about the tones I choose. 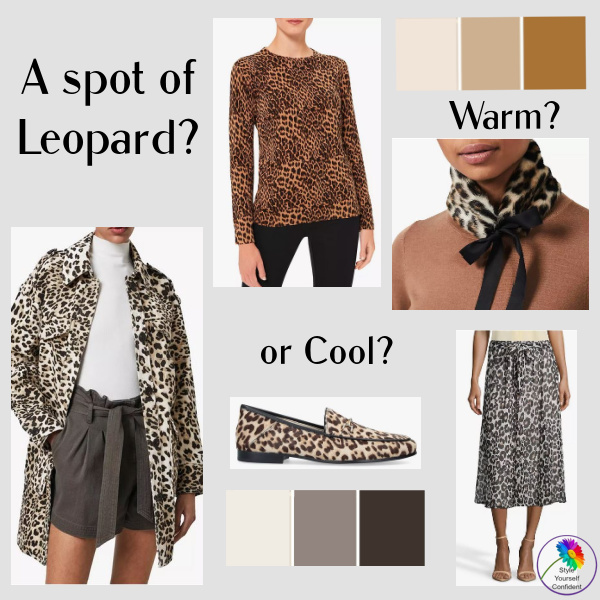 There is a difference...

Prints with an over abundance of browns and yellow tones have never appealed to me even though it was years before I realised it's because my coloring is Cool.

So prints that include the coolest taupes, light beige, greys and black are likely to be far more appealing to you if you have a Cool skin tone too and they'll happily fit with the neutrals from your palette.

If you wear Warm shades however it's likely that you will be drawn to a spot of leopard with more yellowy tones and gingery browns which will perfectly complement your Warm neutral palette.

Have you got a soft spot for Leopard?

Leopard skin does come with a bit of a reputation of course and my husband absolutely hates it - still thinks it's associated with brassy barmaids! However, now that we've had a ladylike Prime Minister sporting leopard print shoes, it's obviously come of age and can be said to have taken on far more of a sedate role!

If you've got a soft spot for leopard or, in fact, any animal print then take a look above at how the different fabrics and prints influence the clarity.  The softer prints and colors towards the middle of the image will be easier to wear for someone with gentle coloring while the brighter prints towards the outside of the image will appeal to those with higher contrast.

Be upfront or team with separates...

If you don't want to wear too much leopard, play it down a little by teaming separates with your own neutrals.

And if you're worried that an animal print won't look classy, then take a look at some of our upmarket designers who love to include some different variations on the leopard theme.

Or just add a subtle touch...

Add just a touch of animal print with an accessory - it might be snakeskin, zebra, giraffe or pony skin. They all add a touch of fun and liven up the most boring neutral.

Nothing 'in your face' but an accessory you'll use with so many different outfits. And fun on the beach always! It just won't go out of style!

Any animal, any color! 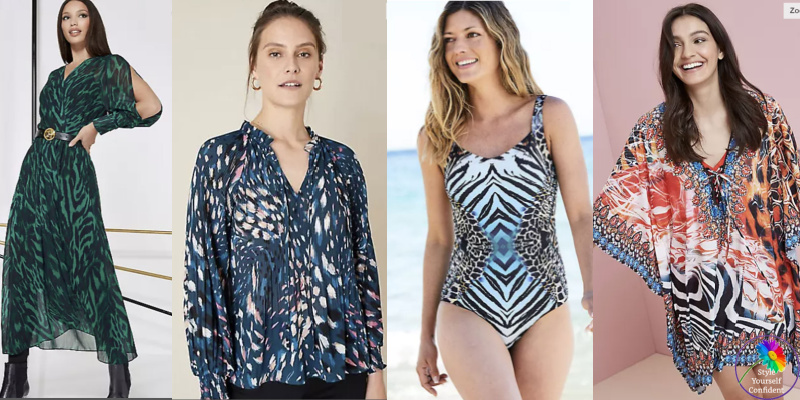